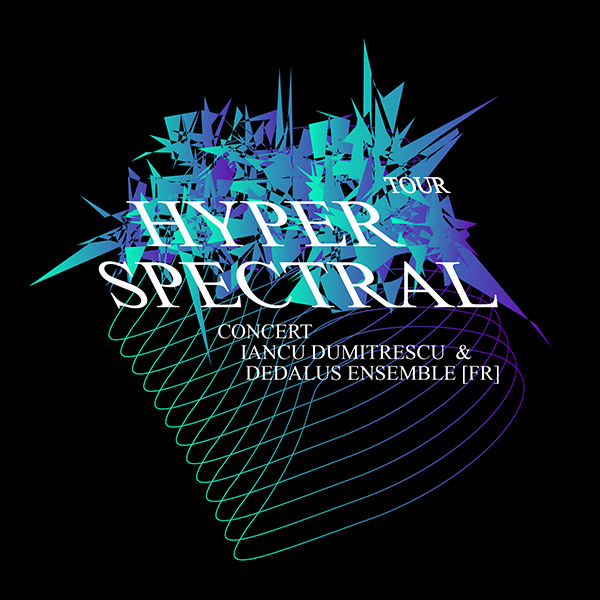 At the invitation of GMEA – Center National de Création Musicale Albi-Tarn, the composer Iancu Dumitrescu participated together with the French ensemble Dedalus in a creative residency, after which they will present together with several pieces in the first audition:

Iancu Dumitrescu is one of the essential figures of the avant-garde. He has developed original music based on the sound phenomenon: a hyper-spectralism that wants to reveal the hidden forces in the very nature of sound. His creation combines electroacoustic music and instrumental music operating a synthesis, hybridization between these different environments. Iancu Dumitrescu is also the founder and conductor of the Hyperion Ensemble, with which he has given concerts in the country and tours in France (Radio France), England (Royal Festival Hall), Holland, Austria (Wien Modern), Germany, Portugal since 1976 ( Gulbenkian Foundation), Italy, United States (Spark Festival, Minneapolis), etc.

is a French ensemble founded in 1996 by Didier Aschour and dedicated to free instrumentation compositions from the experimental North American and European contemporary music of the ’60s and until today. Dedalus is a collective in which arrangements, orchestrations, and performances are jointly developed. For a long time, the ensemble was the only promoter in France of the American minimalist current, through performances by composers such as Christian Wolff, Phill Niblock, Frederic Rzewski, or Tom Johnson.
Since 2011, Dedalus has been working with a new generation of composers or musicians in the field of improvised and electroacoustic music.  They are currently are expanding their practices in experimental written music.

—
Concerult is part of the artistic residency and tour project realized at the invitation of CREMAC – Romanian Community of electroacoustics and computer-assisted music, Asociaţia Jumătatea plină and GMEA – Centre National de Création Musicale Albi-Tarn, within the Sezonul România-Franța 2019